The music industry is broken. It's been broken for a long time — long before Napster showed record labels just how feeble their grip on music distribution really is.

That's the bad news. The good news is that a lot of artists and tech companies decided they weren't going to wait around for the same people who let it get this bad to, you know, fix it.

Within the past half decade or so, we've seen major disruptions in just about every sector of the industry. From creation and collaboration to distribution, advertising, consumption, and even live performance.

But there's still one big piece of the music industry that, at least at an institutional level, hasn't changed that much: funding. In other words, while labels have seen just about every other part of their value offering challenged by legitimate alternatives, they're still the ones most likely to pony up cash for new content. They are the "banks" of the music industry.

Show Me The Money

Record labels are still the only ones consistently putting up cash to fund the creation, marketing, and distribution of albums, especially when it comes to developing artists. And their terms haven't changed that much, either. In most cases, record labels still offer advances (i.e. loans) for artists to create content the labels ultimately own significant portions of.

That's not to say money isn't flowing into the industry from the outside. In fact, plenty of venture-backed companies are making big bets on copyrights. Funds like Hipgnosis have made headlines by coming in and buying artist catalogs for big sums.

But there's a difference between people buying the rights to proven assets (like legacy catalogs and recent hits) and helping fund an active artist trying to reach the next level in their career.

That's where The Music Fund comes in. Founded in 2018 after spinning out of global investment management and data science company Winton, The Music Fund is using AI to transparently give money to artists.

It's not an advance. It's not a loan. Just transparent, up-front cash in exchange for your streaming income over a period of time. What does that mean? Basically, The Music Fund uses its algorithm to determine how much money they'll give you in exchange for the earnings from your streaming royalties for a short period of time. You decide the number of songs, the percentage of their earnings, and the length of time. And the algorithm returns the offer.

For instance, a musician with 50,000 monthly listeners may agree to give The Music Fund the money they make from streaming on their last album for 2 years. The Music Fund's algorithm may offer them $10,000 for it. After 2 years, those earnings revert back to the artist. There's no ownership exchange. If The Music Fund doesn't make that amount of money back, that's on them — the artist doesn't owe anything. If the artist has a song blow up, they're protected by "big hit coverage" that guarantees they still participate in the upside.

If it sounds like something that may revolutionize how artists (especially independent ones) fund milestone moments in their careers, that's because it is. We spoke with John Funge, CEO and co-founder of The Music Fund, to dig deeper into the ethos behind the company and how it just might disrupt that final vestige of the "old" music industry.

An Interview With John Funge Of The Music Fund 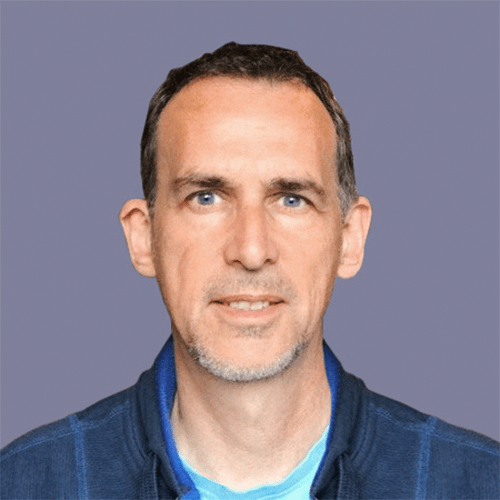 Before we talk about The Music Fund itself, can you tell us a little more about yourself and how your experience with Game AI etc. ultimately led you to music?

The thread that runs through all the different areas I’ve worked on in my career is data and the machine learning algorithms that can leverage that data. In the Game AI world, I was interested in how game play data could be used to build AI characters and later how that same data could be used as a fun psychometric test. Right before The Music Fund I was working at a company that uses data and algorithms in the investment world.

When you started building The Music Fund, did you see a lot of parallels between the music space and the other forms of entertainment you’re so familiar with, or was it a totally different world?

I actually saw a key parallel with the investment world. You are probably familiar with investors like Warren Buffet who use their human expertise to make a small number of large bets. The analogy I saw there was with big music labels who try to discover the next major star using their expertise in music.

But in the investment world there are also companies who use data and algorithms to make a large number of small bets. I didn’t see anything like that in the music world and so that’s where the idea of The Music Fund came from. By making a large number of small bets we don’t have to make money on every deal. As long as we make money on average, we can offer artists great deals and still create a successful business.

What about the current state of music consumption and where the music industry is today makes The Music Fund possible?

The switch to streaming has made the data available that our algorithms need to make predictions. But streaming also means that artists often only get paid slowly over time. Back in the days of CDs the majority of the money would come in when the disc was first released. That money could be then be quickly reinvested in the next release.

But in the streaming world, while the artist might eventually make more money, it can come in slowly over time. Waiting for it to accumulate can take too long so artists are stuck in limbo without the money they need to invest in themselves and their careers.

What allows you to be transparent with your offers — and why do you feel like the music industry has been murky when it comes to money in the past?

Our business model does not require us to make large amounts of money on any single deal. We make money by making as many deals as possible — so we can be transparent about the details of each individual deal. In contrast, the business model of the big labels has been to make money by taking a huge part of the upside of successful artists, so they have a strong incentive to avoid disclosing that.

How different is what you do is from some of the other services that have been cropping up in the “creator financing” space?

There are quite a few financing companies just in the music space, including a few distributors. Each of these companies has their own way of making money (add-on fees, different interest rates, etc.) but all are based on predictions of future earnings. Another important point is that they all involve the artist taking on debt. That means the artist is on the hook to pay back every penny they borrowed, plus additional fees or interest, no matter how accurate the company’s prediction ends up being.

We are the only company that stands behind our predictions. If we are wrong about our prediction, and we don't recoup the investment during the term, we take the loss, not the artist. That’s right, the artist owes us nothing. This is not easy to do for a one-off deal or at scale.

When considering a deal, many artists have questions us about the accuracy of the company’s income predictions. But our suggestion is to ask what happens if the prediction is wrong? How much money would the artist owe or not see coming in? What would their monthly income look like?

How important is it to you that artists and managers understand why The Music Fund offer is what it is?

We stand behind our predictions because the artist owes us nothing if we are wrong and don’t fully recoup the amount we give out. It’s important that artists and managers understand we are taking on risk by doing that. In return for retiring some of the uncertainty around future earnings, we take our agreed upon share of the upside if the artist’s music ends up doing well.

To the degree you’re comfortable, please share some examples of some of the early deals you’ve been able to do with artists and successes of the company.

We had a very prolific hip-hop artist who’s been releasing at least one song a week in 2020. He initially sold us 20% of his back-catalog royalties and used the money to make YouTube videos to promote his music. His Spotify followers grew over 50% since the first deal. Later he told us because he’s constantly releasing new music, he has not seen his monthly income drop at all even after selling us 20%. More importantly, the upfront money he got allowed him to focus on making more music and marketing it. For us, the music videos he made had a spill-over effect on his older catalog - a win-win case. He ended up doing a follow-on deal with us.

Similarly, have there been moments where you felt like pulling your metaphorical hair out or where you’ve had to make a substantial concession?

Very few because there are no negotiations. Our offers are all generated by our algorithms and the artist is free to take it or leave it. Most of the stress has been from dealing with some of the more antiquated parts of the music industry e.g. requirement to send a fax (!), get our split with a paper check, no APIs, no OAuth.

In an ideal world, what does creator financing look like over the next 10 years and where is The Music Fund’s role in it?

We envision a day where an artist can get financial services without giving up any equity, just like any other conventional business can right now. Companies like The Music Fund provide a set of specialized financial services for creators at different stages of their careers. A bank for musicians/creators is the goal.

And just kind of a fun wrap-up — who are some of your favorite artists? Are you secretly moonlighting as a funk saxophonist on the weekends? What are your (and/or your team’s) personal connections to the world of music?

I like to say that I sing in the shower

But my co-founder Thomas Jerde is an avid musician, he did a double major in music (and psychology), plays cello in a community orchestra and is learning to play the harp! My own music tastes are quite eclectic. I’m a big fan of Leonard Cohen but right now my current favorite is Re-Covers, the 2005 album by Albert Kuvezin and Yat-Kha. Although my daughter is a huge K-Pop fan so I seem to end up listening to a lot of Seventeen, Stray Kids and ATEEZ…

Editor's note: CODa integrates with The Music Fund. If you're interested in getting a free estimate from The Music Fund for your streaming royalties, head to the Tool Box in CODa, select the Explore Funding tool, and then choose The Music Fund.

The Number Of New Podcasts Is Way Down

The Number Of New Podcasts Is Way Down

What You Need To Know About Fake Streams

What You Need To Know About Fake Streams

Meet RootNote, the newest member of your creative team!

RootNote is a new platform built to help creators better understand their careers. Reserve your account!

RootNote helps content creators take control of their careers by pulling their important data into one place and then providing tools to help them save time and grow. It's dope and we're making it and you should be on it. Reserve your account now!